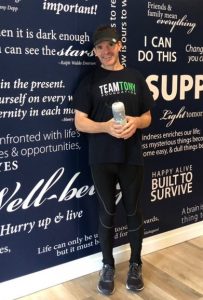 In 2002, Tony McEachern competed in the Raid Gauloises in Vietnam, a grueling 621-mile endurance race. One year later, in the midst of seemingly peak physical health, he was diagnosed at age 33 with a Grade III Anaplastic Astrocytoma and was given two years to live. But Tony took that diagnosis and battled through it as he did that extreme race. He fought through the pain and the desire to give up and endured. It’s been 10 years since his diagnosis and Tony is still here to share his story of fighting cancer.

The relationships with others going through cancer are what led Tony to found the Team Tony Cancer Foundation. He knew it was important to continue that exchange of comfort and knowledge, and for years, it was an informal service. People living in the Sarasota area knew or had heard of Tony, but in 2007 his philanthropy became more organized and mainstream. To that end, Tony walked across the state of Florida to raise money and awareness for cancer.

It wasn’t enough; Tony wanted to do more to impact those battling cancer. So, in 2009, he walked from Durham, NC back home to Sarasota, Florida and raised $57,000 for Duke University to fund brain cancer research. His vision of creating a 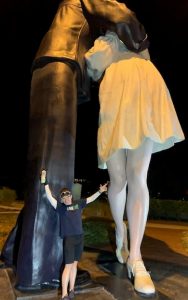 Now, as part of celebrating 10 years of the Team Tony Cancer Foundation, Tony’s on the move and walking a 10k (6.2 miles) every day to raise money for Team Tony Cancer Foundation’s medical grant program to help alleviate a cancer diagnosis’s financial burden. His  goal is to raise $10,000! Tony’s taking the steps, and we’re asking YOU to take a step, donate today, and help reach the goal of $10k!

This important step ensures no one on Florida’s Suncoast faces cancer alone. Lend your support now by texting TEAMTONY to 44321 or by clicking here.